When push publishing an object or bundle fails, it is often because of one of the following common problems:

The following troubleshooting tools in dotCMS can help track the source of push publishing errors in the system:

Select the **Status/History tab, and double-click any bundle to reveal the bundle detail, including a message for the attempt to push publish the bundle. For example, the error message in the image below indicates that the push publishing connection was not properly configured and the receiving server could not be reached:

The dotCMS log file is accessible from Log Files tab in the System -> Maintenance screen. Select dotcms.log in the Tail select box. The push publishing error messaging displayed in the log is often similar to the error message shown in the bundle detail, but the log file can sometimes provide additional context, such as error messages before the push publish failed. 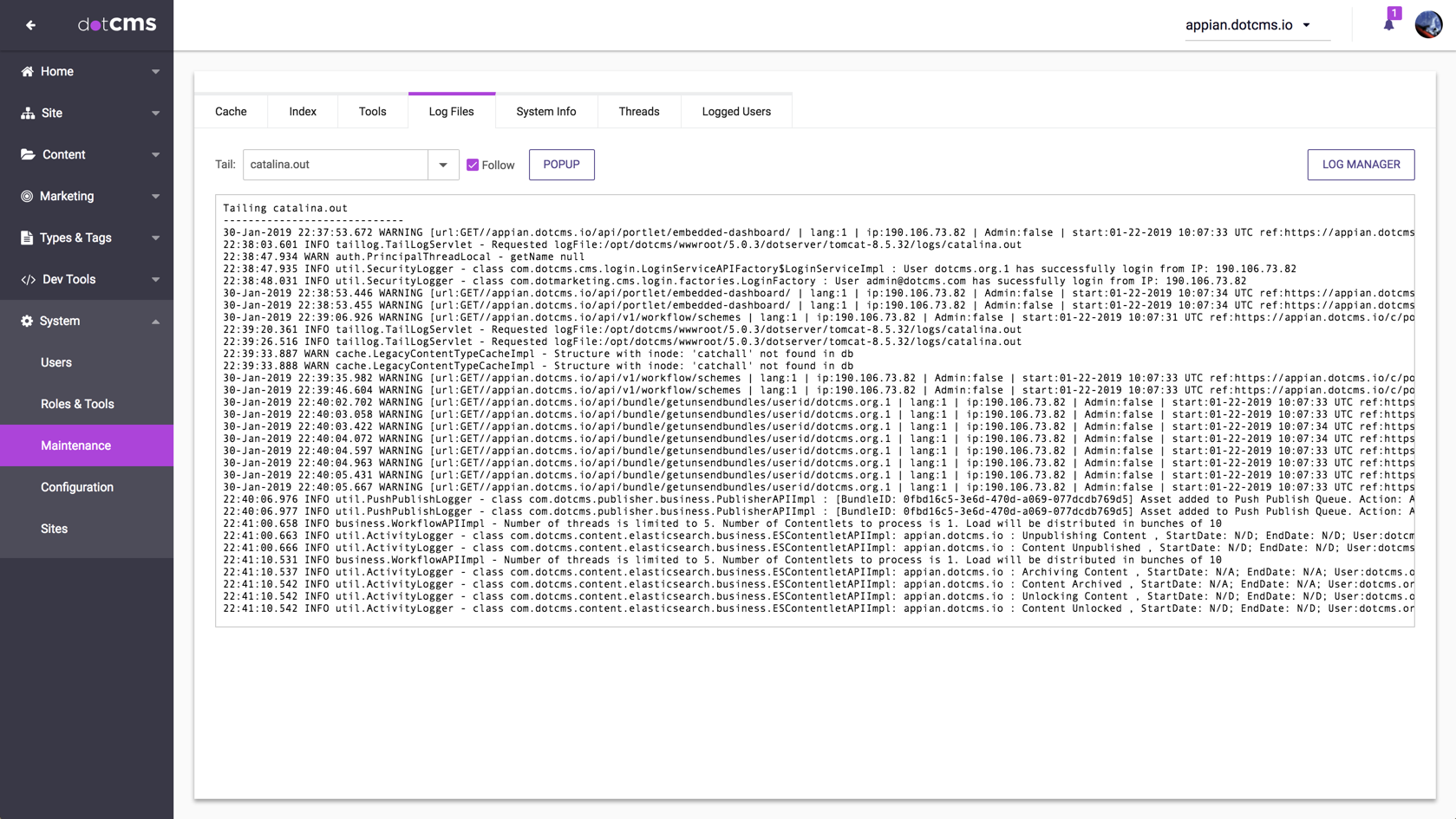 To view the Integrity Checker, select the Publishing Environments tab in the System -> Configuration screen, and press the Check Integrity button for your publishing environment. The Integrity Checker checks for duplicate objects and content which has been created separately on both the sending and receiving server, which might cause conflicts.

It's also important to note that if you attempt to push an object or bundle, the specific object or objects in the bundle may not be the source of the push publishing error. When you push any target object, dotCMS automatically identifies whether any additional objects need to be pushed for the target object to display properly on the receiving server (such as Content Types, related content, etc.); so if a push publish fails, it may be due to a conflict with an object which is not included in your bundle, but which an object in your bundle depends on.

Static Publishing Endpoints: Since the static push publishing bundler creates static HTML representations of pages, it is especially important, that when using this type of endpoint, that ALL related/linked/associated files and objects be pushed together. For this reason, it is best practice to push *entire sites to static endpoints, instead of single objects such as folders or pages.

For more information on how objects are push published and what objects are included in each bundle, please see the Push Publishing Dependencies documentation.